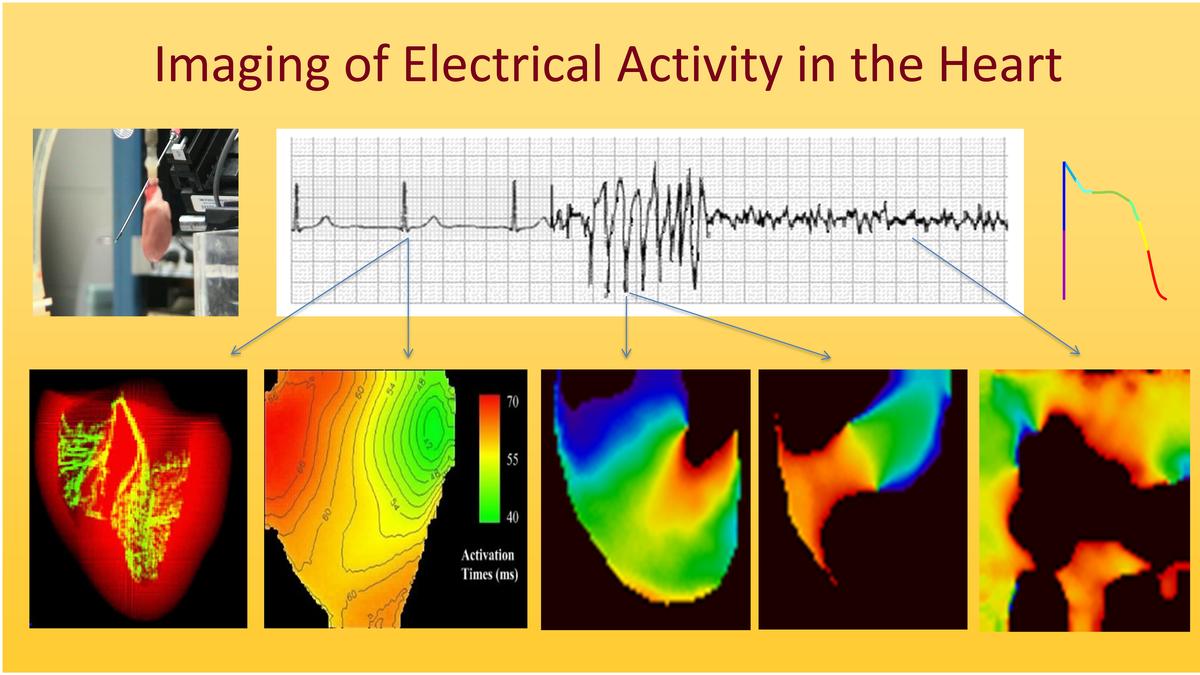 Mechanisms and Control of Cardiac Arrhythmia

We have developed a comprehensive approach that allows us to detect evolution of cardiac rhythms in the heart, to analyze the mechanisms of their formation, and to develop an anti-arrhythmia therapy.

We routinely use optical mapping technique to visualize electrical activity in healthy and disease hearts with high spatial and temporal resolution to determine functional parameters, such as action potential duration, propagation speed, and activation time. Over the past years, we have further developed technical aspects of the optical mapping system and improved post- process analysis of the acquired data. We have also modified the optical mapping system to visualize electrical activity from a very small spatial regions.

The autonomic nervous system has been shown to play an important role in the regulation of cardiac function. It is recognized that an imbalance of the nervous system, i.e. increased sympathetic activity and reduced parasympathetic (vagal) activity, contributes to increased mortality both in myocardial infarction and heart failure. We use a new therapeutic technique, vagus nerve stimulation (VNS), to restore the autonomic nervous system balance that is compromised in several disease conditions, such as myocardial infarction, heart failure, hypertension, and therefore contributes to increased mortality. One of the main focus of our laboratory is the application of VNS therapy in experimental in vivo animal studies to investigate the effects on the functional and electrical properties of the heart. Furthermore, we research mechanisms by which VNS offers treatment to the diseased heart.

We develop novel signal analysis approaches to perform sophisticated analysis of various bio-signals with the aim to reveal their intrinsic complexity, which cannot be captured via standard signal processing approaches.